Graduated with a Bachelor’s in Economics from Duke University. He is currently the Director of the Muhanna Foundation. He is currently completing his capstone course for his Associateship designation from the Society of Actuaries. Prior to joining the Foundation, he worked on Morgan Stanley’s alternative asset management team in New York City and was part of the actuarial consulting practices at Pricewaterhouse Coopers in New York and AonBenfield in Chicago.  A former Teach For America corps member, Michael has remained heavily involved in education. He sits on the Board of Trustees for both the American Community School at Beirut and on the NYC education nonprofit, COOP*ERATE.

Holds a Bachelor’s degree in Business Management, with a specialization in Marketing from the Lebanese American University; May currently holds the position of Marketing Manager at the Muhanna Foundation. She has a solid background in managing a variety of institutional communication and outreach programs. Moreover, May has worked with various education & capactity building – based organizations and has received an appreciation award for Educational Consultancy from TPS Management Consultants – Dubai. May has also received a Recognition Award from LAU, after contributing to the success of the Municipal program for six consecutive years. May volunteered at various NGOs including Beirut Madinati, the Lebanese Red Cross, and AFDC.

Our Board of Trustees is led by Ibrahim Muhanna, the Foundation’s Founder. He is joined by industry leaders from around the world, whose expertise is invaluable as we pursue our mission of improving the region’s economies and institutions through education and capcity building.

Ibrahim Muhanna, Chairman of Board of Trustees 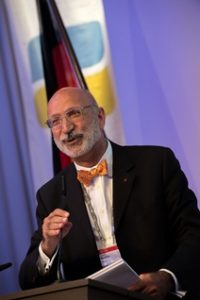 IBRAHIM MUHANNA is the Managing Director of i.e. Muhanna & co. (Actuaries & Consultants). Since 1986, he has advised insurers, governments and other clients in 38 countries. He graduated from the University of Michigan (1976) with a MSc in Actuarial Mathematics. Since 1995, he has been a member of the International Actuarial Association (IAA) Council. He has served as a member of the IAA Executive Committee and he was the Chairperson of the Steering Committee of the IAA Education Program and is currently actively involved in other IAA Committees & Sections. He is also the founding member of the IAA Health Section. Moreover, he is the vice-chairman of the actuarial technical commission of the International Social Security Association (ISSA). His other roles involve being the first Chairman of the Cyprus Actuarial Association, member of the Swiss Association of Actuaries and he is the President of the Lebanese Association of Actuaries. He has written several papers on actuarial and insurance issues. In 2001 he introduced the first financial strength rating services for insurance companies and municipal credit rating in the Arab World. In 2007, he was awarded “The National Order of the Cedar” by the Lebanese President. The award is in recognition of his great service & devotion to the Nation. 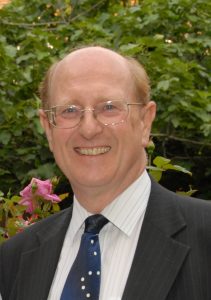 CHRISTOPHER DAYKIN was the Government Actuary of the United Kingdom from April 1989 to September 2007.He qualified as a Fellow of the Institute of Actuaries in 1973 and was a member of the Council of The Institute of Actuaries from 1985 to 1999, serving as President from 1994 to 1996. He was Chairman of the International Forum of Actuarial Associations (IFAA) from 1996 to 1997. He has written numerous papers on actuarial topics and is ajoint author of the book Practical Risk Theory for Actuaries with Professor Teivo Pentikäinen and Dr. Martti Pesonen. In 1993 he was made a Companion of the Order of the Bath (CB) by Her Majesty the Queen. In 1995 he was awarded a degree of Doctor of Science (Honoris Causa) by the City University, London. He is a visiting professor at City University and at universities in Shanghai and Beijing. He is Chairman of the Pensions, Benefits and SocialSecurity Section of the International Actuarial Association (IAA) and a member of the IAA Executive Committee. 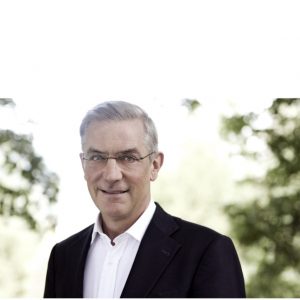 LEO THOMAS SCHRUTT is a self employed consultant to executives, banks and pension funds in Europe, the Middle East and Asia mainly. The milestones of Mr. Schrutt’s long banking career were 10 years with the third largest Swiss bank, Bank Julius Baer, were he was a member of the Group Executive Board and responsible for the asset management division worldwide and research. Before that Mr. Schrutt worked for 10 years in several positions with UBS where at the end he was their Chief Analyst, Chairman of the Investment Committee and responsible for portfolio management. He started his career as an economist at the Swiss Central Bank. A number of board memberships and consulting mandates are in his portfolio currently. Mr. Schrutt holds a PhD in Economics from the University of Basle and did teach at several Universities. 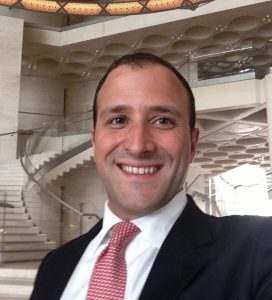 ANTHONY MUHANNA is head of Client Coverage for TPG Capital in the Middle East and North Africa, responsible for managing relationships with investors in the region. Prior to joining TPG, Anthony spent six years with Morgan Stanley, and held the position of Vice President and Head of Sales for Morgan Stanley Investment Management Saudi Arabia. He has also worked in the asset management division of Global Investment House in Kuwait from 2005-2007. Anthony holds a degree in business administration with a finance specialty from the American University of Beirut.